The YOUth@Third program year has historically mirrored that of the academic year, but this summer the YOUth@Third have continued to meet virtually via twice-monthly care groups on GoogleMeet. Because the usual camp, work, study, and travel plans of so many youth and their families have been curtailed, the YOUth@Third advisors felt it was critically important that the young people of our church have dedicated time to share their joys, concerns, and prayer requests with one another. Furthermore, because the high-schoolers of our group were unable to attend the week-long Montreat Youth Conference in the mountains of western North Carolina, youth advisor and Youth Committee co-chair Jenny Bay worked hard to devise engaging activities that might in some way distract from the disappointment.

To spice things up, Jenny organized a virtual “Chopped Junior” competition on July 8. Just like the Food Network show, each youth was given a set of assorted food items that they combined together in a clever way: bacon, cream cheese, zucchini, and Ramen noodles! Each contestant was rated on taste, presentation, and creativity by a panel of advisors, youth, and parents, as well as Pastor Z. Eilee Ossont won with her dish, a zucchini bacon burger on a Ramen bun. 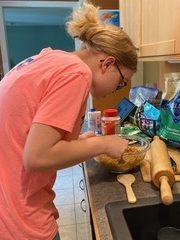 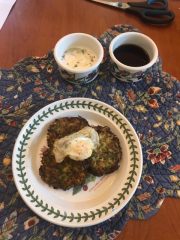 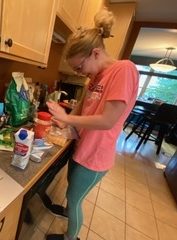 The joy of cooking

On July 22, the YOUth@Third met online to discuss the young adult novel and film The Hate You Give by Angie Thomas. The novel’s protagonist is a young Black woman who attends an elite private school in a predominantly white part of her city. When her childhood friend is killed by police during a traffic stop, she must contend with the grief of her dead friend, the trauma of witnessing the murder, and the complicated social politics of both her neighborhood and her school community. The book offered an interesting launchpad for discussion about race relations in our city and county, and the ways in which we can and should interrogate our own attitudes toward race.

Advisor Jenny Bay organized a Food Donation Scavenger Hunt in which the young people of our church collected non-perishable food items for the Third Church Food Cupboard (or their own community food pantry). Of special note were the efforts of Leah Ormaechea and Brynn and Zoe Ibbotson, who left notes for all their neighbors and, from an appropriate social distance, collected enough food to fill more than a dozen bags with groceries! The group collected about 18 bags of food in total.

To wrap up the summer, the YOUth@Third gathered for a masked, physically-distant ice cream social on August 19.  This was the first opportunity for the youth to see each other in three dimensions since the group’s last in-person meeting in early March! The middle- and high-schoolers of our church, as well as youth advisors, James, and Pastor Z, played Charades, ate popsicles and ice cream sandwiches, and hung out on the front lawn. 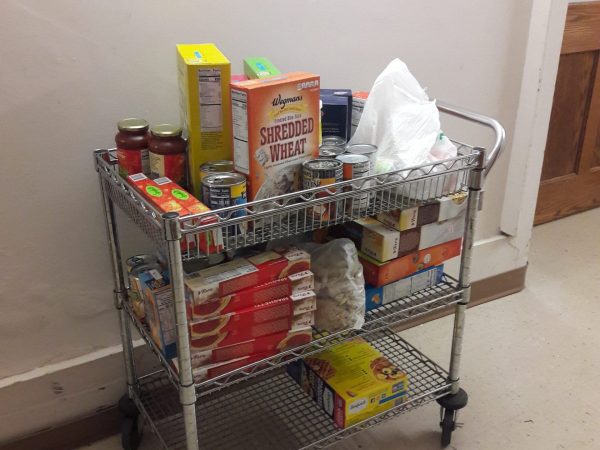 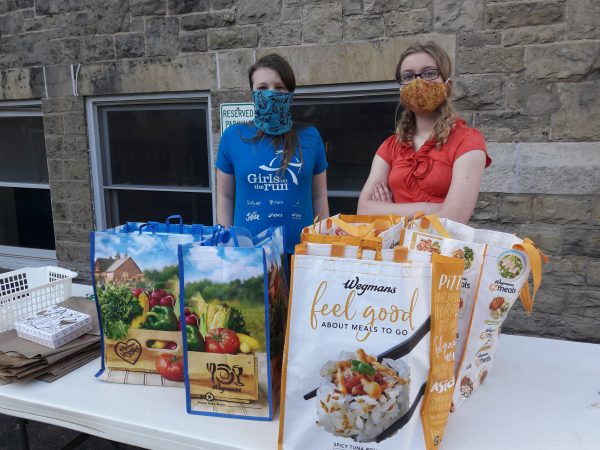 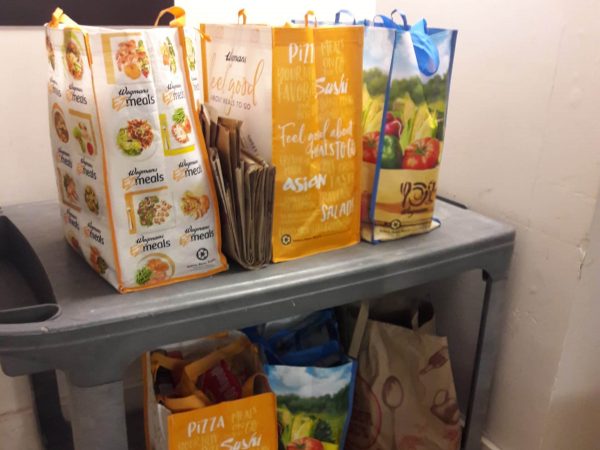