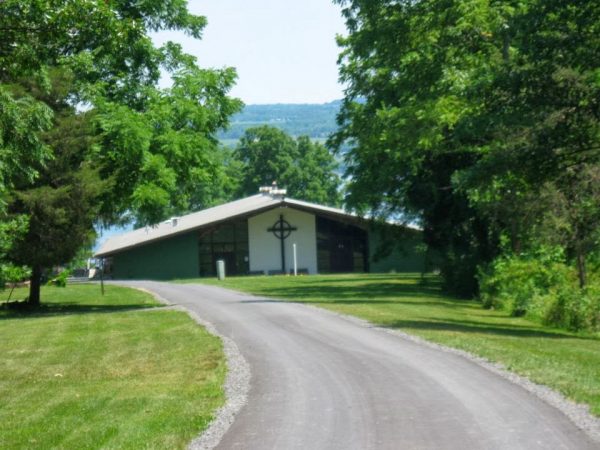 The Presbytery of the Genesee Valley has several designated validated ministries, that is, programs or organizations run by teaching elders and receiving some oversight or support from the presbytery. Camp Marcus Whitman one such ministry. For the next several months, The Messenger will feature these validated ministries in turn so that Third Church members can learn about, or get a refresher on, the work being done in our presbytery.

In June 1954, Camp Marcus Whitman opened for its inaugural season on the beautiful shores of Seneca Lake. The programs and facilities we now know of as Camp Whitman on Seneca Lake were born of tremendous love, spirit, dedication, and much physical work of many pastors and parishioners in the then-named Presbytery of Geneva-Lyons. Following the closing of their own Hillside Center, the Presbytery of Genesee Valley became an active partner in Camp Whitman.

In addition to camping weeks for children from the two Presbyteries, Camp Whitman began offering weekly vacation camps for developmentally disabled adults in the 1970s. Many of our campers have been attending Camp Whitman year after year, and widely share that their week at camp is the highlight of their year. Some campers have been returning for more than 20 years!

These two camp programs became integrated fully in 2010 and programs became inclusive for the full camp season since that time. Camp Whitman is one of the only camps in the country to serve adults with disabilities alongside programs for school-aged youth.  This unique integration allows traditional school-aged campers to experience the joy of camp alongside their enthusiastic and loving friends with developmental disabilities. Campers learn patience, understanding and compassion through these relationships. Campers in each program have their own counselors, cabins and specially designed activities. The two programs join together each day for meals and evening programs.

This season has been an unprecedented one in Camp Whitman’s history.  For the first time in 66 years, Camp Whitman was without campers, however quickly pivoting to respond to the needs of the community, this past summer Whitman launched three brand new programs: Camp Reimagined, Camp Renewal, and Camp Recreate.

Camp Whitman is in the final stages of a major three-year renovation project, funded by donations from generous individuals and congregations within the two Presbyteries.  Renovations include updates to the Main Lodge and Dining Hall, including solar panels; new roofs throughout the entire camp; beautifully restored family cottages, two new docks at the waterfront; an organic vegetable garden; construction of picnic pavilions; new program facilities and much needed upgrades to the camp’s water system.