The Presbytery of the Genesee Valley has several designated validated ministries, that is, programs or organizations run by teaching elders and receiving some oversight or support from the presbytery. Cameron Community Ministries is one such ministry. For the next several months, The Messenger will feature these validated ministries in turn so that Third Church members can learn about, or get a refresher on, the work being done in our presbytery.

Cameron Community Ministries was created in 1984 to serve the needs of the Lyell-Otis neighborhood on Rochester’s west side. Cameron sits at the site of the former Lyell Avenue Baptist Church, which was decommissioned in 1982 after 90 years as a American Baptist congregation. Since the very beginning, the churches of Presbytery of Genesee Valley—Third Presbyterian Church among them—have been instrumental in Cameron’s start-up, survival, and success. For the past 36 years, Cameron Community Ministries has supported residents through a free daily hot lunch program, an emergency food pantry, and a clothing house that serves community members in need of clothing and housewares. Cameron also provides a variety of after-school, weekend, and summer programs for children and youth.

Recent data shows that 52.5 percent of Rochester’s children are living in poverty, ranking us fourth in the nation for childhood poverty. Cameron seeks to meet the needs of a neighborhood where a significant number of families live in poverty; 98 percent of the children enrolled at Cameron qualify for free/reduced school lunch. Daily, an average of 40 children and their families participate in Cameron’s Youth Program, 100-150 people eat in the Soup Kitchen, eight families access the Food Pantry, and 12 families access the Clothing House. In 2019, more than 30,000 hot meals were served in the Cameron kitchen!

Third Church Youth are regular volunteers in the Soup Kitchen at Cameron. 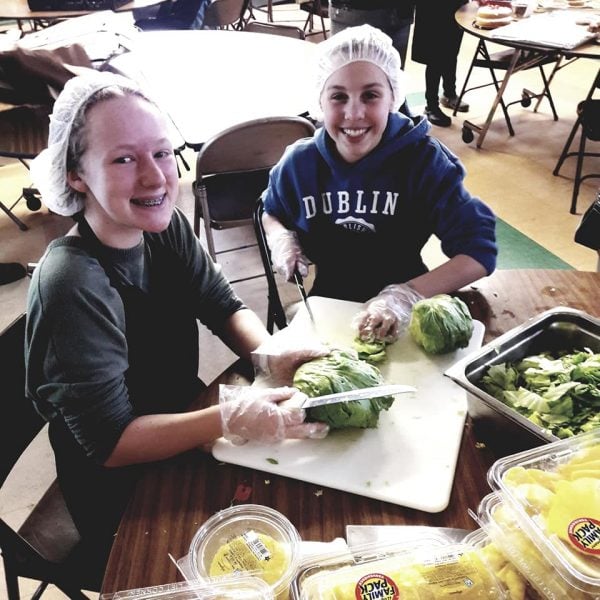