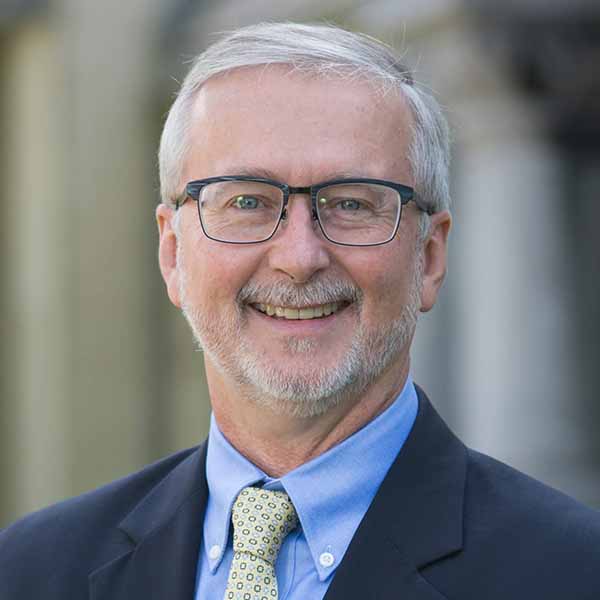 Peter DuBois has served as Director of Music/Organist at Third Church since 1991. In addition to his full-time duties at Third Church, he is Host and Producer for the popular nationally syndicated public radio program With Heart and Voice. For 15 years, while serving Third Church, Peter concurrently served on the faculty of the Eastman School of Music as Assistant Professor of Sacred Music and Director of the Sacred Music Diploma program. Prior to coming to Third Church, he served 10 years as Director of Music/Organist at Christ Church United Methodist in Charleston, West Virginia, and taught at West Virginia Wesleyan College and the University of Charleston.

Peter holds degrees in organ performance from the Eastman School of Music, Rochester, and the University of Michigan, Ann Arbor.

Peter maintains an active performing career, with recitals throughout the United States and abroad, including at St. Paul’s Cathedral, London, Notre-Dame de Paris (twice), the Basilica of Ste. Clotilde in Paris, and the Cathédrale du Saint-Saveur in Aix-en-Provence. Peter was 2nd place winner in the 1988 National Young Artists Competition in Organ Performance, sponsored by the American Guild of Organists (AGO), and 1st place winner in the 1987 Mid-Atlantic Regional Competition of the AGO.

At Third Church, Peter serves as primary organist, coordinates the ministry of music and arts, serves as staff for the Worship, Music and Arts Committee, and directs the 60-voice Chancel Choir and Covenant Singers (youth choir). He has also produced and served as musical director for more than a dozen biennial youth musical productions, and he established and has served as artistic director of the biennial Boar’s Head and Yule Log Festival since 1994.

Peter and his wife Mary have two adult children.