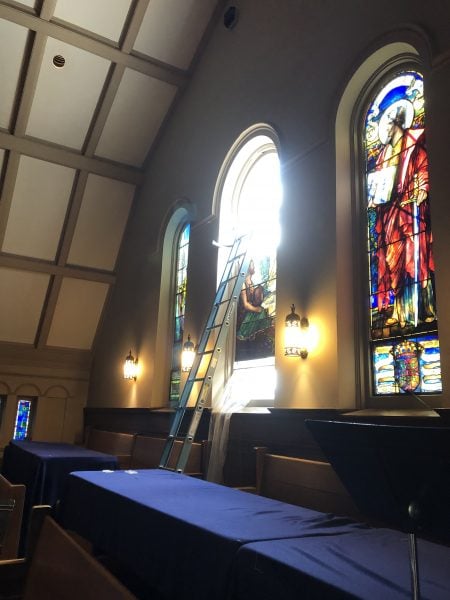 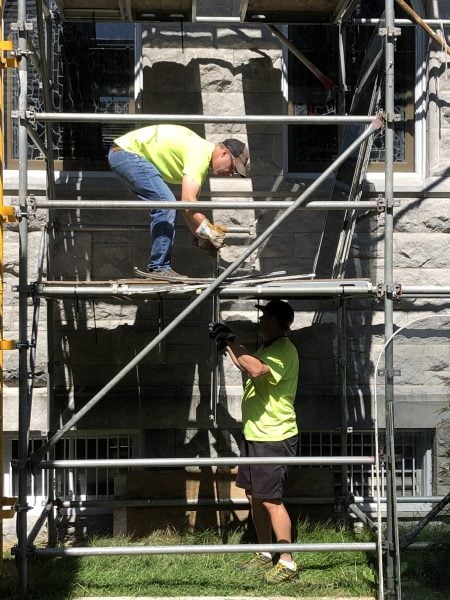 There has been a lot of activity on the scaffolding in the church courtyard in the past week! First, the storm windows on the outside of all three stained glass windows in the Arnold Park balcony of the Sanctuary were removed by Genesee Glass & Mirror. The second image above shows two employees handing down a storm window between two of the four levels of scaffolding. Next, the center and southernmost stained glass windows were carefully removed by David Young Carpentry, placed inside custom crates, and then lowered via the same route taken by the storm windows. Finally, the openings in the window frames were closed and sealed with sheets of wood. These two windows will be dismantled, cleaned and re-leaded at Pike Studios in Rochester. The third window will be left in its frame and will be cleaned in place. All windows should be back in place by the middle of the Fall