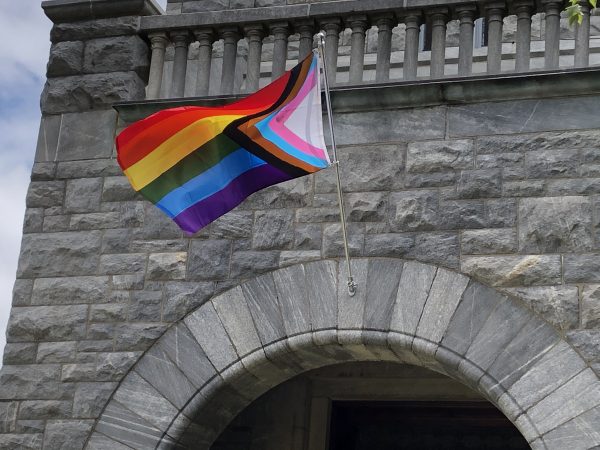 The “Philadelphia flag” is so named because it debuted at the Philadelphia Pride Festival in the summer of 2017. Its designer(s) added a brown and black stripe to the six-color rainbow array as a way to acknowledge the special challenges of people who are both non-White and  LGBTQAI+.

Another iteration of the “Philly flag” includes the white, soft pink, and baby blue stripes of the transgender flag; we have chosen to fly both versions. 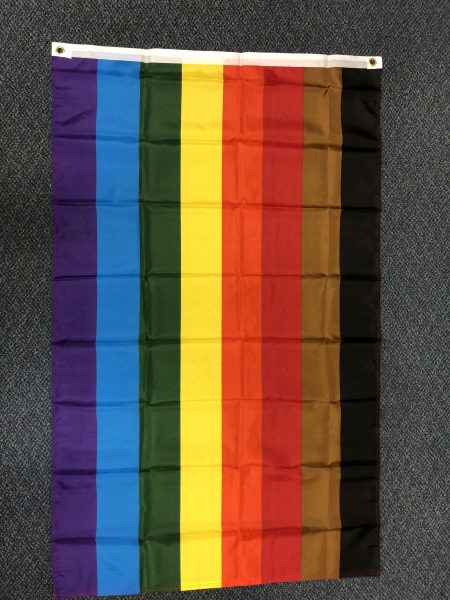 Although the redesigned flag is not without its detractors in the  LGBTQAI+ community, the More Light Committee feels that the Philadelphia flag best captures our church’s stance on the quest for full gender and racial justice. In the fight for human rights, the More Light Committee believes that intersectionality must be addressed: social class, race, gender, sexuality, and other markers of identity don’t exist in separate little boxes. You cannot fight for one “set” of human rights and discount the interplay of all the others. The painful reality is that even within the  LGBTQAI+ community, stratifications exist: at the top of the metaphorical power ladder are usually cis-gendered, white, gay men. Often women, transgender people, and people of color struggle to have their voices heard even within the Queer community.