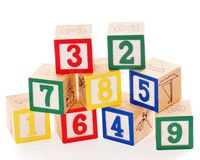 My three year old really likes playing with blocks.  When he started he would try to stack as many blocks on top of one another as he could, to see how tall a tower he could build. When the tower would tip and fall over after four or five blocks he would get frustrated.  After a few dozen tries I showed him that with a broader base he could stack the blocks much higher.  This same idea applies to “Math Matters,” a program that is part of the Third Church Tutoring Program at School #35. If we build a broad base of math fact fluency, the students should go higher in their math ability.

Seven years ago Joyce Perry, the retired Tutoring Director at School #35, kept hearing a recurring complaint from her tutors that students in fifth and sixth grade were struggling with the math because they did not know their facts.  So – she wrote a grant proposal to the Rochester Women’s Giving Circle and got a two year grant for the “Math Matters” program. The first implementation of “Math Matters” focused on third and fourth grade girls. Tutors worked on basic math facts.  Nothing glamorous, just addition, subtraction, multiplication and division facts.  As with any first year program, there was a steep learning curve.  Adjustments were made and in the second year the program worked better.  In the third year of the program we followed the girls, who began the program in third grade, as they entered fifth grade.  While the girls were not totally fluent in all their math facts, their confidence in their abilities as math learners had increased significantly. That confidence helped them persevere through the harder fifth and sixth grade math.  As one girl put it, “I still don’t like math, but it does not frighten me any more. I can do it.”

Alas, the grant funding was not renewed for a fourth year. This coincided with the roll out of the new NYS Common Core Math. “Math Matters” took a break.
We were able to re-launch it in the 2015-2016 school year thanks to the generosity of so many Third Presbyterian Church members who gave to a special fund in honor of the marriage of Van Van Zanten and Ralph Carter.  For the re-launch we changed things a fair bit. During the first run, the baseline testing of third graders entering the “Math Matters” program put them at a mid-first grade level in math ability.

So, for the re-launch we decided to start lower in the foundation, so to speak.  We decided to work with the students beginning in second grade and follow them through fourth grade. Baseline testing showed that many of the second grade students were barely at a beginning first grade level.After just one year in the “Math Matters” program, many of these students tested at or above grade level. A major achievement!

While this growth is gratifying, the need is constant.  We constantly have new students entering the program with significant deficits. And in order to maintain the gains, students need continued reinforcement.

Math Matters!  And “Math Matters” makes a difference. But it can only continue if Third Church underwrites the expenses. Your pledge dollars fund the Outreach budget which makes all this possible. Consider the real and significant difference you are making each time put your pledge in the offering plate, or in the mail.