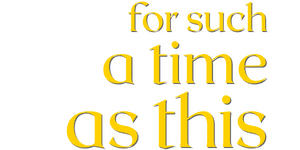 Each year, members and friends of Third Church are invited to make a pledge to support the church’s annual operating needs. The pledge is a commitment to sharing some of your financial resources to further the work of the church. Please use the form below to indicate what you plan to give in 2022.

If some statistical information from last year will help you in the discernment process, see below!

For several years now, the pledge participation rate has been dropping while the average gift amount has been rising. This means that an ever smaller number of households are pledging each year (only 333 in 2021), but that these households’ pledges are, on average, larger.

While our average pledge amount has increased in recent years, this increase is primarily driven by a small number of large pledges, not by an increase at middle giving levels. Both the mode and the median pledge amounts have recently remained stagnant at $1,200. This means that of pledging households, the greatest number have pledged $1,200 ($100/month) for several years running. It also means that the church’s financial vitality increasingly depends on a small number of large gifts—a precarious situation.

Any pledge, of any amount, helps support the work of the church.
Thank you for considering how you can help Third Church sustain its mission.