Where are they now? (Part I) 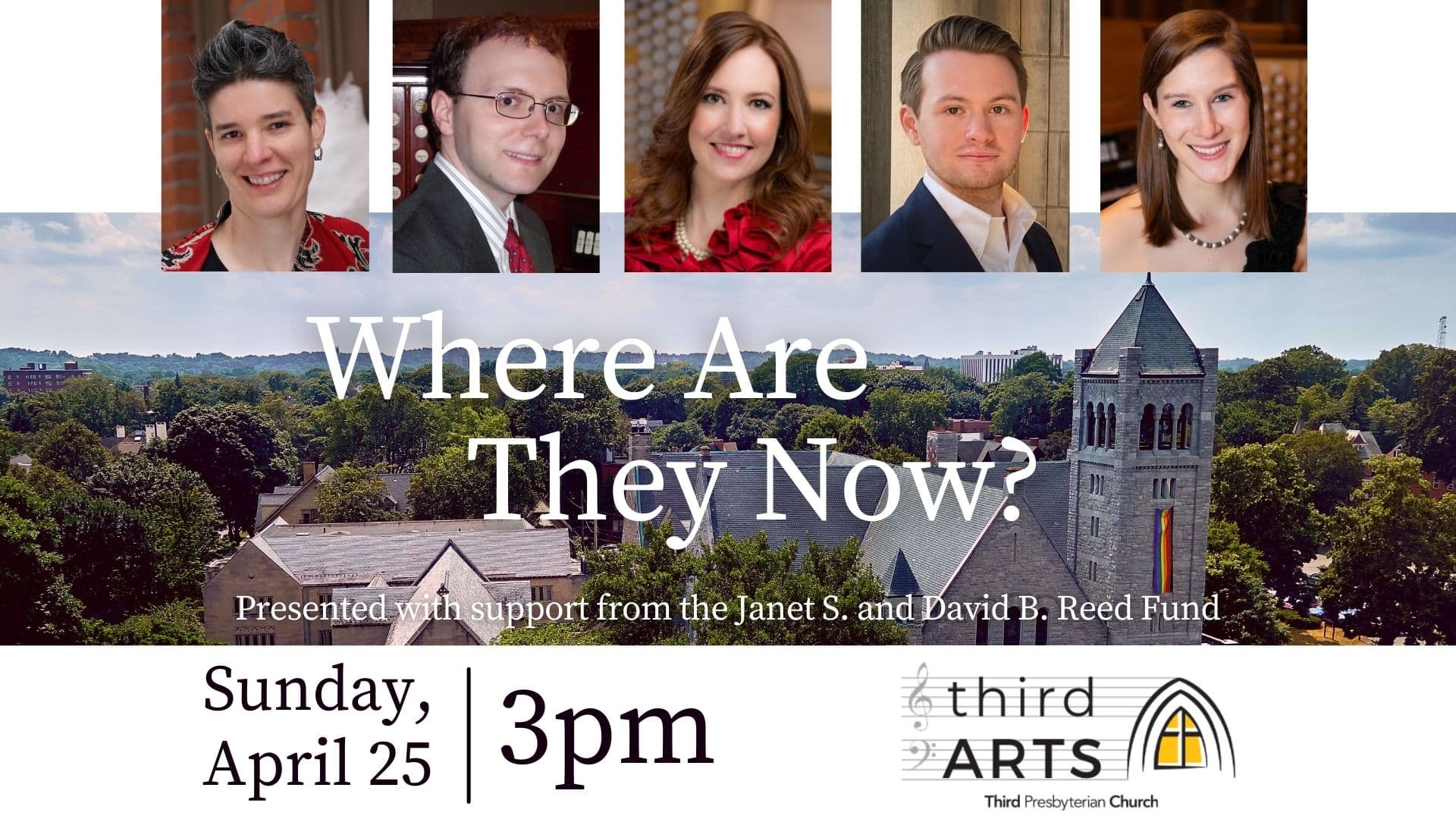 In the thirty years I’ve been honored to serve Third Church as Director of Music/Organist, I have had the immense privilege of working with some greatly talented Assistant Organists. These have been students at the Eastman School of Music in the midst of working on their graduate, or undergraduate, degrees in organ performance.

All have gone on from Third Church and Eastman to do interesting and wonderful things in various parts of the country, and we can be proud of the part that their Third Church experience has played in their professional development. Although we wish we could bring them ALL back to Rochester to perform for us in the sanctuary, the pandemic gives us an opportunity to invite them to perform for us virtually!

We’ll offer all ten of our former Assistant Organists in two different recitals with five performers each on our YouTube channel this spring! Each will perform a set of pieces in the place and on the instrument they’re now playing. Each will also offer a video comment on what they are doing, and where they are working today.

The online recitals are scheduled for Sunday, April 25 at 3:00pm and Sunday, June 13 at 3:00pm. Each program will last approximately 90 minutes, and will present a fantastic array of repertoire, including several pieces composed and performed by the organists themselves.

Grateful thanks to the Janet S. and David B. Reed Fund for financial support for this project. And to James Kealey, with whom I am collaborating on producing the videos for the recitals.

A full list of former Assistant Organists appears below. Those indicated by (◊) will be performing on the April 25 program, and those indicated by (♥) will be featured on the June 13 program.  Please join us for both recitals, which will be available for viewing anytime after their premiere broadcast.