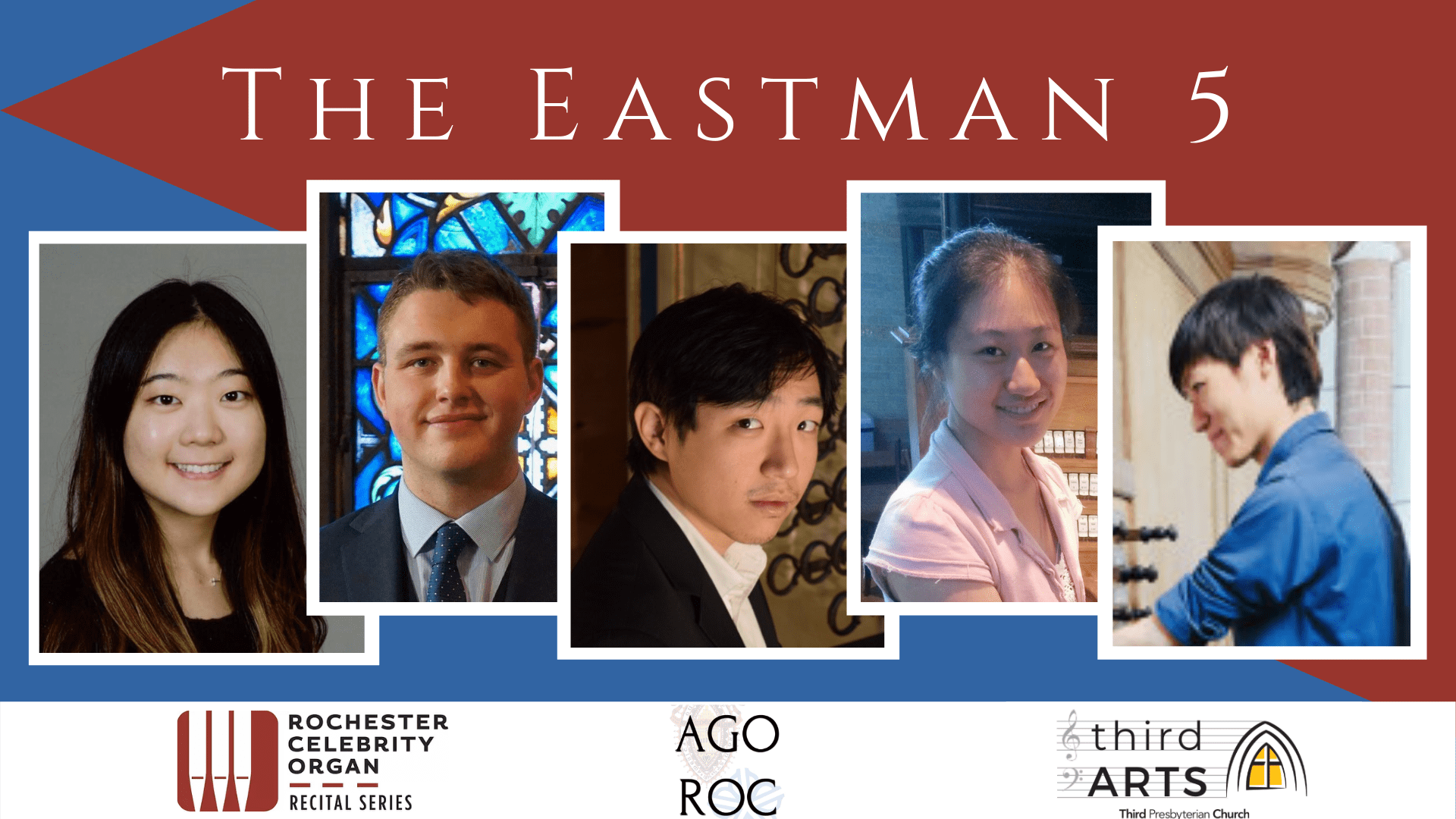 Five students of David Higgs, head of the organ department at the Eastman School of Music, progressed to the semi-final of the American Guild of Organists premier organ competition, the National Young Artists Competition in Organ Playing (NYACOP). This should have taken place during the National Convention in Atlanta, July 2020.

Due to the pandemic, the convention and competition were canceled, but these talented musicians had prepared material just the same! Rochester’s chapter of the American Guild of Organists is pleased to offer these young musicians an opportunity to showcase their talents in a local forum instead, as part of their celebrity organ recital series.

A variety of organs around the city will be showcased, including the Sanctuary Organ, built by the Austin Organ Company, at Third Presbyterian Church.

Presented with partial support from the Janet S. and David B. Reed Fund.