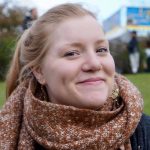 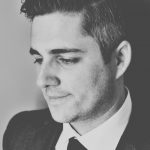 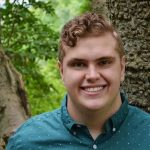 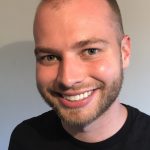 For many decades, Third Church has enjoyed the benefit of local professional singers and Eastman students serving as Choral Scholars, a relatively new term for the leaders in our Chancel Choir that have been a mainstay of our music ministry. Especially in this time of online worship, our Choral Scholars have played a critical role in our ability to offer uplifting music to the glory of God in our weekly worship.

With several recent graduations among our singers and one moving on to graduate school, we are pleased to welcome four new Choral Scholars who will enhance our worship and provide a strong core to our Chancel Choir as we navigate new ways of making music. In addition, we’re so pleased that Heather Holmquest will continue as our Soprano Choral Scholar!

Mezzo-soprano Andrea McGaugh is pursuing a master’s degree at the Eastman School of Music, in the studio of Professor Kathryn Cowdrick. No stranger to Eastman, Andrea received Bachelor of Music degrees in Vocal Performance and Music Education in 2015, and has since been actively involved in the Rochester music community. Andrea frequently sings with Rochester choirs Voices, First Inversion, and Musica Spei, and has sung in Eastman Opera Theatre productions of She Loves Me (Ilona Ritter), Dialogues of the Carmelites, The Old Maid and the Thief (Miss Todd), Our Town (Mrs. Gibbs), and Sweeney Todd (Mrs. Lovett). In 2019, Andrea premiered SiHyun Uhm’s mini-opera Sammy & Remmy at Eastman, and sang the role of Ruggiero in Handel’s Alcina with the newly formed Rochester Baroque Vocal Consort (founded by fellow Third Church Choral Scholar, Heather Holmquest). In addition to performing, Andrea has taught on the faculties of Hobart and William Smith Colleges, Webster Central Schools, and the Rochester Academy of Music and Arts, and has served as the Choral Assistant in the Eastman Ensembles Library since 2017. Andrea looks forward to connecting with the Third Presbyterian Church community and making meaningful music this year!

Stephen Biegner is a light, lyric tenor and a self-described choral nerd. He has been a choral scholar for the Oratorio Society of New York, served as the staff tenor for the Church of St. Catherine of Sienna in Manhattan, teaches and section leads at the Amherst Early Music Festival choral workshop, and was a frequent collaborator with the NYC project-based ensemble Ampersand. Before moving to Rochester, Stephen worked in the music department at the Cathedral Church of Saint John the Divine where he had the opportunity to join in with the Cathedral Choir when necessary. As a soloist, Stephen has performed in David Lang’s little match girl passion, Monteverdi’s Vespers of 1610, Bach’s Mass in B-Minor, Charpentier’s Le Reniement de Saint Pierre, and most recently as Jephthe in Carissimi’s Historia di Jephte.  Fun fact: Stephen is husband to Anna Lenti and father of Jude!

Baritone David Wolfe is beginning his senior year at the Eastman School of Music. He comes from a small town in Pennsylvania called Shamokin where he was born and went to high school. He has been a student of Professor Jan Opalach since the fall of 2017. He loves to sing both classical and more contemporary music as well, and has been singing since he was 11 years old. When not practicing or studying music he likes to read, cook, exercise, and hike. He is so looking forward to singing with this choir of wonderful people in this crazy time!

Bass-baritone Joshua Sheppard was born in Millville, New Jersey. In 2020, Joshua graduated with his Bachelor in Music from Vanderbilt University where he studied voice with his teacher and mentor, Amy Jarman. He is currently studying voice with Anthony Dean Griffey at the Eastman School of Music where he is pursuing a Master of Music degree with a major in voice performance and literature. He has recently performed as Edmund in Mansfield Park with the Vanderbilt Opera Theatre, as Figaro in Le Nozze di Figaro, and at the historic Estates Theatre in Prague and with the Nashville Symphony Chorus in Handel’s Messiah. Joshua placed first in the 2019 National Association of Teachers of Singing midsouth junior men classical division. When he is not singing, Joshua enjoys sailing, playing soccer, and spending time with his friends and family.