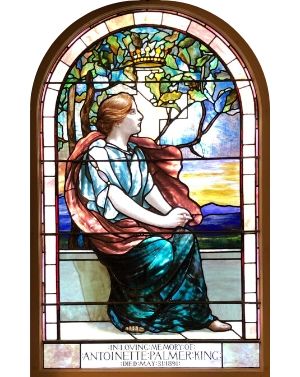 The Sanctuary of Third Church was completed in 1892.  The interior has been renovated several times to improve accessibility and acoustics, most recently in 2010, but the soaring ribbed vaulting and the beautiful stained glass windows remain.

From the time of our congregation’s founding in 1827, we have embraced our Reformed tradition heritage, earnestly questioning the status quo and following wherever the Spirit leads—even into new ways of thinking and living. When presented with challenges in culture or society, we study, consult experts, pray, and debate with open minds and open hearts. This commitment brought us to the forefront of many social movements in the last century, and continues to inspire our outreach and advocacy today.